A Map of Scars- Book Signing

A Map of Scars- Book Signing 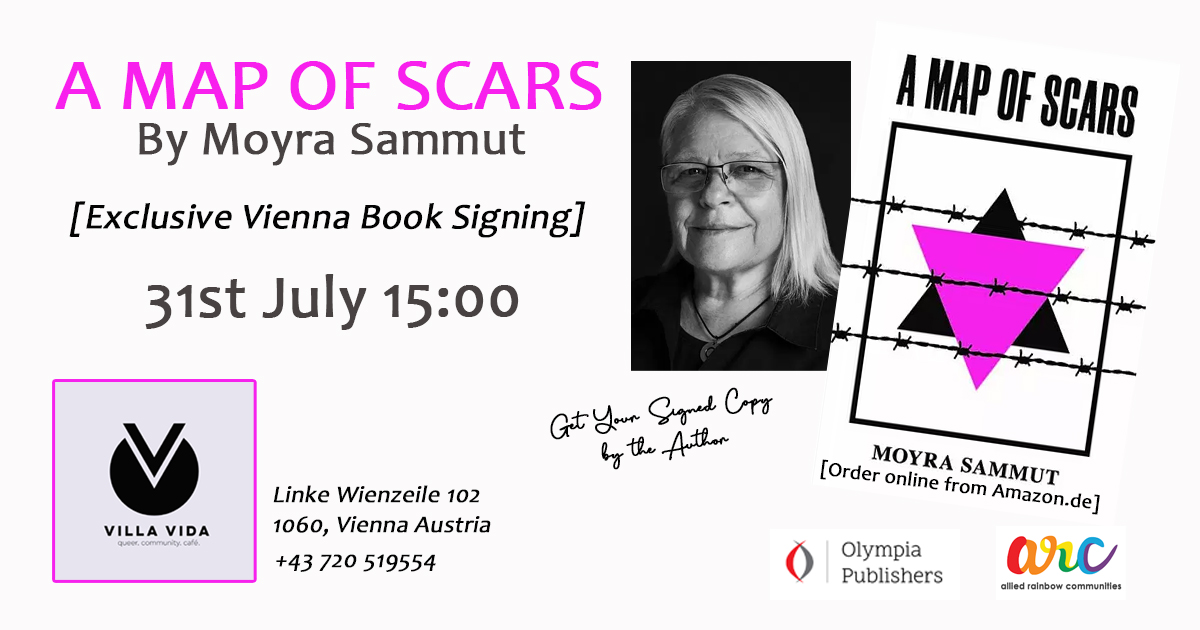 The book signing of a Map Of Scars is the first novel in a trilogy in Vienna. Meet the Novelist Moyra Sammut in the lovely atmosphere of Villa Vida Café for a lovely afternoon with friends and more.

From the back streets of Valletta in Malta, a chance discovery by her father forces Georgina Parker to make a decision that will change her life and those around her. She finds herself on a path to self-discovery at the brink of WWII; a journey that takes her across the Mediterranean to war-torn England and Europe. Will her dream to join the war effort cost her everything? Will she ever find the true love she seeks among the machinations of war?

About the Author:
Born and raised in Malta to a Maltese father and British mother, Moyra Sammut had an idyllic childhood, with both cultures instilled in her and her siblings. The blend of the two cultures, together with a fascination for World War II, was thus deeply rooted, as real-life events were passed on to her from both grandfathers, who actively participated in the war; one as an air raid recruit based in Malta and the other fighting in Anzio with the British Army. Ms. Sammut traveled extensively during her employment as a travel journalist, where she would document far-to-reach destinations in such vivid descriptions that it earned her a middle page weekly spread in local newspapers, which is where her love for writing became apparent as her popularity spread. In her first book, ‘A Map of Scars’, she conveys the memories passed on to her with intense and historic realism, which the reader is invited to delve into.

This website uses cookies to improve your experience while you navigate through the website. Out of these cookies, the cookies that are categorized as necessary are stored on your browser as they are essential for the working of basic functionalities of the website. We also use third-party cookies that help us analyze and understand how you use this website. These cookies will be stored in your browser only with your consent. You also have the option to opt-out of these cookies. But opting out of some of these cookies may have an effect on your browsing experience.
Necessary Always Enabled
Necessary cookies are absolutely essential for the website to function properly. This category only includes cookies that ensures basic functionalities and security features of the website. These cookies do not store any personal information.
Non-necessary
Any cookies that may not be particularly necessary for the website to function and is used specifically to collect user personal data via analytics, ads, other embedded contents are termed as non-necessary cookies. It is mandatory to procure user consent prior to running these cookies on your website.
SAVE & ACCEPT
Product has been added

No products in the cart.